Bienvenidos a la web de la Fundación Miguel Delibes / Welcome to the Miguel Delibes Foundation Website
"To Angeles de Castro de Delibes
balance, my balance"
Dedication.
Diario de un emigrante, 1958.
Ángeles de Castro and Miguel Delibes, 1942.
"It has come out to me
already red sheet
in the cigarette paper booklet"
La hoja roja, 1959.
Miguel Delibes, 1959.
"What am I going to say about you?
You are so far from the publisher disclosed by the black legend
that you are two opposite poles"
Delibes letter to his editor Vergés, December 28, 1955.
Miguel Delibes with his editor Josep Vergés in Palomós (Gerona) in 1969
"I want to start by admitting that
Despite this tailcoat, I consider myself
human and literally very little academic"
El sentido del progreso desde mi obra, May 25, 1975.
Speech of admission of Miguel Delibes in the Royal Spanish Academy
"When I throw the stick into the pool the Grin
without a moment's hesitation
dives into the cold waters"
Mis perros, 2009.
Miguel Delibes walking with his dog Grin in Sedano, around 1990
"The arch that was opened for me in 1948 when I obtained
the Nadal prize is closed now, in 1994,
upon receiving from Her Majesty the Cervantes Prize"
April 25, 1994.
Speech of thanks for the Cervantes Prize at the University of Alcalá de Henares
"The woman approached Salcedo with tear-filled eyes and tenderly stroked his bearded cheek:
- My boy, what have they done to you?"
El hereje, 1998.
Miguel Delibes writing his latest novel 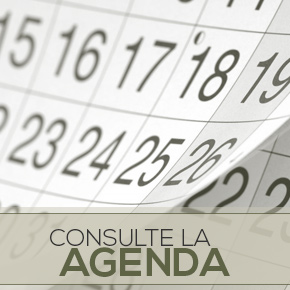 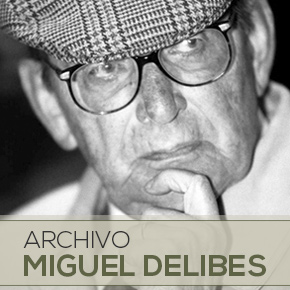 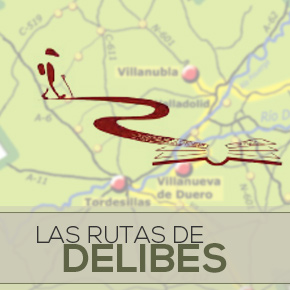 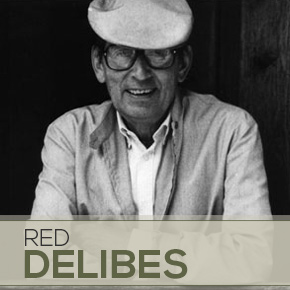 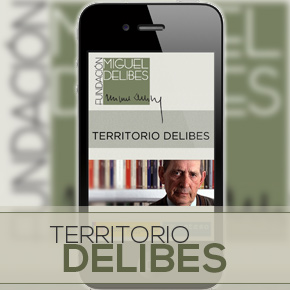 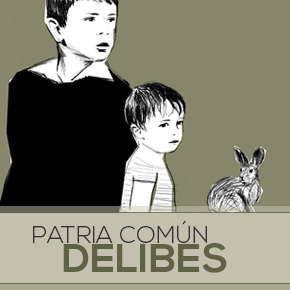